There’s a Better Way: The Fresh Air of Good Government 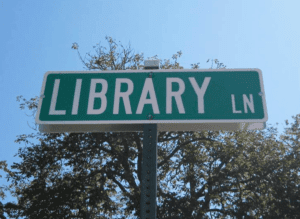 Neighbors, I invite you to take a deep breath. Inhale. Exhale.

How did it feel? I don’t know about you, but I feel refreshed. Almost the entire day, I breathed the air of Good Government, in a public library.

This evening, again, I breathe the air of Good Government. This time in a meeting room in a public library in your fair county of Lexington—heart of the Second Congressional District of South Carolina. Nearly half of our District’s population resides within your borders.

And when Government does its job—to link and protect individuals, communities, and industry—Government is a powerful, positive force.

Speaking of which: Public libraries are Government Diadems. Civic Jewels.

No one believed this more than a man named Ike. You may have heard of him. He was a 5-star General. He once wrote:

The libraries of America are and must ever remain the home of the free, inquiring minds.

He penned this thought in a 1953 letter to the American Library Association. This amazing quotation hangs in a fancy frame above my desk at work.

Not 6 years later, in the summer of 1959, the free, inquiring mind of little Ronnie McNair of Lake City, South Carolina, wasn’t allowed to check out books at his public library. Because he was an African-American. But little Ronnie dug in his heels.

Not only did Ronnie win the day and get to check out books, but eventually he became Dr. and then Astronaut McNair. Today, that little public library is named after him.

Good Government takes work. Even librarians have lessons to learn.

My opponents want you to believe that Government is a four-letter word. I’m not just talking about “Status Quo” Joe Wilson. I’m also referring to the wolf in sheep’s clothing who opposes me in the upcoming June 14 primary. Yes, the Fake Democrat who ran as a Republican for our District in 2008, 2010, and 2012.

Anyone who refers to himself as a “Conservative Democrat” is trying to pull the Donald Trump comb-over over our eyes. The consequences of the Party of Ted Cruz and George W. Bush are ever before us.

I am convinced “There’s a Better Way”—a better way for our District, for South Carolina, for the United States. But we won’t progress as a society just by being liberal or progressive. We’ll achieve success when we provide opportunities and security for all. That means ensuring civilized values are represented in a just, prosperous society.

I am running to represent you in Congress.

I am asking you for the most precious part of your democratic being: your vote.

I know that in order to earn your vote for Congress, I must earn your trust and respect.

I am a devoted father. A dedicated public servant. A community leader. A volunteer. An advocate. An ally. I managed a $2 billion academic economic development program for South Carolina so well that the former President of Ohio State University and head of technology at Microsoft called the SmartState Program the envy of all other states.

But most important of all, I am your Democratic SC Congressional District 2 Neighbor.

I’m not the key to Good Government. We are the key.

Let’s create a Voter-Congressman partnership, and work to provide our community with increased job opportunities and a better quality of life. Let’s partner to keep our community safe, to build peace, and to ensure freedom. And let’s partner to use our resources as wisely and efficiently as possible for the betterment of all.

{Originally published on the website Forward Progressives on March 31, 2016. The website recently closed down without maintaining an archive. The original article received more than 100,000 views.}