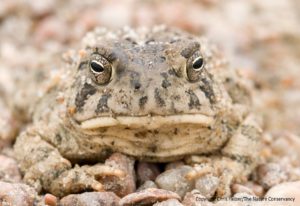 Reaching way down deep tonight. I’m not in the midst of a crisis of faith. It’s an instance of faith…and I’m going to be as succinct as I can…but it’s kind of a Thomas Aquinas thing.

I gave a fellow human being a ride tonight—someone who I thought was a stranger—but he turned out to know who I am. And when he found out who I am, he suggested that I had, somehow, inspired him.

I’m not interested in inspiring people anymore. I just want to help people. I’m not important. The needs of people are important.

Anyway, here are my deep-down reflections on the past year—which, then, turn out to be my reflections on life itself. Theologically, it’s killing me not to be brutally honest—I just have to let it fly.

That’s kind of where I am right now. I think God is an asshole. A dirty SOB who created this vast Universe, unbelievable in scope, and then chose for robins and platypuses and elephants and rhinos and dung beetles to suffer in it.

It’s inarguable, really. Theodicy. The Problem of Pain. Totally fucking unnecessary. It was completely conceivable to create a Universe without pain. So, at times, our Universe feels like a white ribbon failure demiurge science fair project.

Sigh. Back to my anti-enlightenment.

So here’s the deal…of late, I have been popping middle fingers at the Universe on the subject of loneliness. Not just mine. Loneliness of any sort. NO ONE—NO CREATURE—should be alone if they don’t want to be. Companionship should just be a guiding principle of the Universe.

But it isn’t. And we can blame the Dumbass Fat Toad in the Sky for that.

I suppose there are some who will fear for my soul over the vehemence of this post. But I think that God respects a well-calculated middle finger. (That doesn’t absolve him from his disgusting hatred of his Creation, by the way.)

Theology should be bold. Thinkers of God should lay it on the line. Souls are at stake.

And here is where I take a slight detour and explain how I think I’m allowed to get away with this. If I can subscribe to Christianity anymore, it’s due to Eastern Orthodoxy mysticism–apophatic theology.

In short, human beings are immeasurably fucking idiots. And this is the Imago Dei?!

You can’t possibly try to throw some sort of Jehovah Flannelgraph “All is Going to Be Fine if You Just Sing Agape Lyrics” message at any of us anymore.

So, Nietzsche—who I am not a profound fan of—was right. GOD IS DEAD.

So here’s the spiritual moment I came to tonight. I’m going to be a nice person and help people for the rest of my days—DESPITE the fact that God is an asshole. Or at least his/her Universe is. No matter what fucking shit he/she throws at me, I’m going to be kind to fellow humans and creatures to the best of my ability.

In the end, he/she can do whatever he/she wants.

If it was my Universe, I would be kind. I would provide love, comfort, the guarantee of companionship. Which is a helluva lot less than God gave us.

In the end, right now, I think God is a middle-school wannabe, wearing corduroys, who farts a lot due to his diet of metaphysical French fries and orange soda. He’s/She’s puerile—a spoiled, divine brat.

And so, you know what, I’ll BE BETTER. Fuck your stupid Universe. I’m going to help people as much as I can. The meta-reward is probably nothing. But I’ll be the better. And so will anyone else who follows in that path. Just be kind to others. And you’ve beaten the dirty, rotten, filthy Universe.